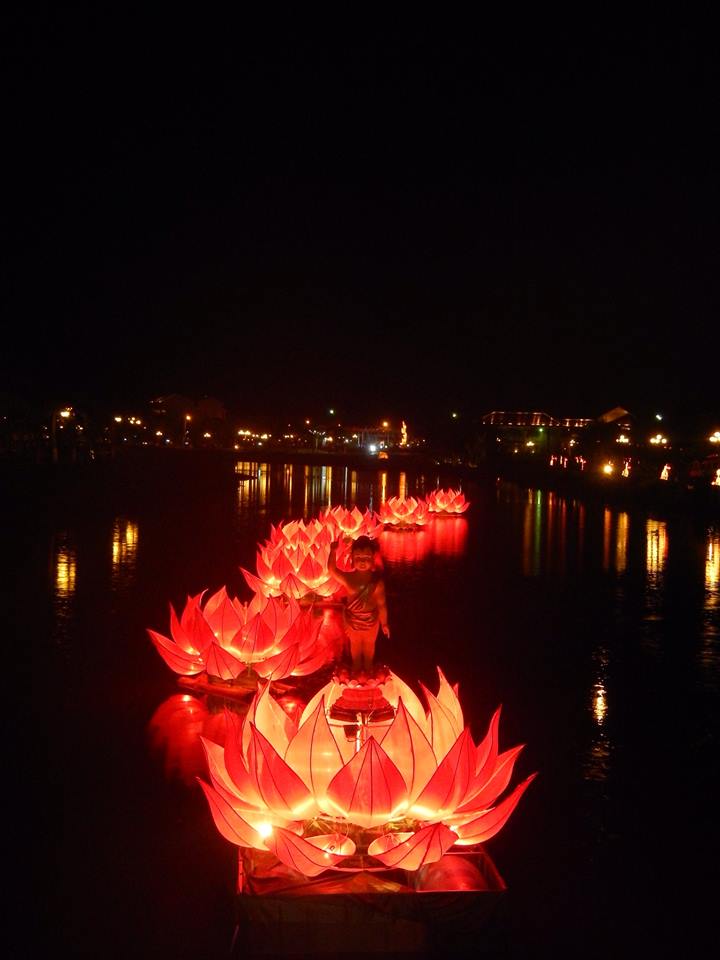 This is a very controversial subject and one I have swerved many times as you find as many people pro as against. I am not a scientist, nor claim to have any scientific foundation, so I was always keen to just pass on people’s first hand experiences, rather than science experiments and statistics.

I have spoken to a few nurses and doctors about it and again heard very different versions and opinions. I have now come to my own conclusion. I firmly believe  that it does exist, but that it does not affect everybody. As it is so very personal and variable it is hard to pin down and even harder to do a firm study on it.

In earlier days without many artificial light sources, the moon formed a big part of people’s life. For once they relied upon the moon as a nocturnal source of light. Therefore seeing a full moon or no moon made a big difference. But with artificial lights everywhere that is of course no longer the case. So, in my opinion most people are not even aware of what they moon is doing right now. The only exception may be when there is a ‘supermoon’ or some lunar eclipse hyped by the mainstream media.

I recently read an article about this subject which prompted me to write this post. Here is what an  A&E nurse wrote on this subject:  ” I don’t know much about physics, but I definitely know that the moon has an influence. I have worked in A&E for 20years now and have definitely noticed that on average we are busier at Full Moon, especially with  people coming in with stab wounds or other injuries from heated arguments gone wrong. Another problem are drinking related injuries, from alcohol poisoning to people injuring themselves being drunk.  At New Moon we see more drug overdoses and self-harming cases. No month is the same, but I can tell you there is definitely a connection’. And when you talk to people who work with mentally ill patients you will get a similar reaction.

This would make perfect sense. I don’t believe that everybody is actually affected by the moon. I for one am not, but my grandfather and a few other people I know definitely were or are affected . So that is why it is so controversial. When you don’t feel the effect you think there is nothing to it, but then speak to a ‘lunatic’ (a person that is specifically affected by the moon) or someone who is living with one and their experience would be entirely different.

The reason my grandmother started looking into Biodynamics and eventually passed it on to me was sadly that my grandfather was a real ‘lunatic’, who could be very unpleasant at Full Moon and to a lesser extent at New Moon. It took her a while to make the connection with the moon cycle, but when she did, she made sure that doors got locked or she was away at these crucial times. I remembered her saying that not all Full Moons would be the same, some affected him stronger than others and if you know a bit about the path of the moon around the earth it again makes total sense. This path is not round, but ecliptic, therefore the distance is not always the same. Sometimes the moon is nearer (we call them supermoons) and at other times more distant. And as it is a feeling/behaviour that is mainly noticed by others and not always 100% measurable it is hard to measure and proof with statistical data. The ones who want the moon to influence people will find the data to support their case, the ones who don’t can also find enough cases where the moon does not make a difference.  As there is no  100% guaranteed way to measure how a person feels or is perceived by others, this phenomena does statistically not exist. Yet speak to my grandmother and others like her who have to live with ‘lunatics’ and they will tell you stories that definitely proof a lunar effect.

But not every lunatic is turning violent, burns down building or abuses drugs. These examples exist and are the extremes, but the majority of ‘lunatics’ just tend to have mood swings, sleep problems, more or less appetite and feel somehow unsettled and unfocused and if you did not point out that there is a Full Moon, nobody would even connect the two events.

One of the best known studies in the ‘pro-camp’ is Lieber’s  study of  ‘the existence of a biological rhythm of human aggression which resonates with the lunar synodic cycle’.(Journal of  Clinical Psychiatry,  1978). He researched “

At the University of Miami, psychologist Arnold Lieber and his colleagues decided to test the old belief of full-moon “lunacy” which most scientists had written off as an old wives’ tale. The researchers collected data on homicide in Dade County (Miami) over a period of 15 years — 1,887 murders, to be exact. When they matched the incidence of homicide with the phases of the moon, they found, much to their surprise, that the two rose and fell together, almost infallibly, for the entire 15 years! As the full or the new moon approached, the murder rate rose sharply; it distinctly declined during the first and last quarters of the moon.

To find out whether this was just a statistical fluke, the researchers repeated the experiment using murder data from Cuyahoga County in Ohio (Cleveland). Again, the statistics showed that more murders do indeed occur at the full and new moons.

Dr. Lieber and his colleagues shouldn’t have been so surprised. An earlier report by the American Institute of Medical Climatology to the Philadelphia Police Department entitled “The Effect of the Full Moon on Human Behavior” found similar results. That report showed that the full moon marks a monthly peak in various kinds of psychotically oriented crimes such as murder, arson, dangerous driving, and kleptomania. People do seem to get a little bit crazier about that time of the month.

That’s something most police and hospital workers have known for a long time. Indeed, back in eighteenth-century England, a murderer could plead “lunacy” if the crime was committed during the full moon and get a lighter sentence as a result. Scientists, however, like to have a hard physical model to explain their discoveries, and so far there isn’t a fully accepted one. Dr. Lieber speculates that perhaps the human body, which, like the surface of the earth, is composed of almost 80 percent water, experiences some kind of “biological tides” that affect the emotions. When a person is already on psychologically shaky ground, such a biological tide can push him or her over the edge.

Although there is no scientific proof that the moon affects us in any way,  it does certainly affect the tides and some species of animals, who reliably use the moon for breeding behaviour.
This gravitational difference between mid-day and midnight is the greatest during the days of the full and new moon and the least effect has the end of the 1st and 3rd quarter.

Here is an article from a little while back in the Telegraph on how the moon affects human behaviour and some interesting moon facts. 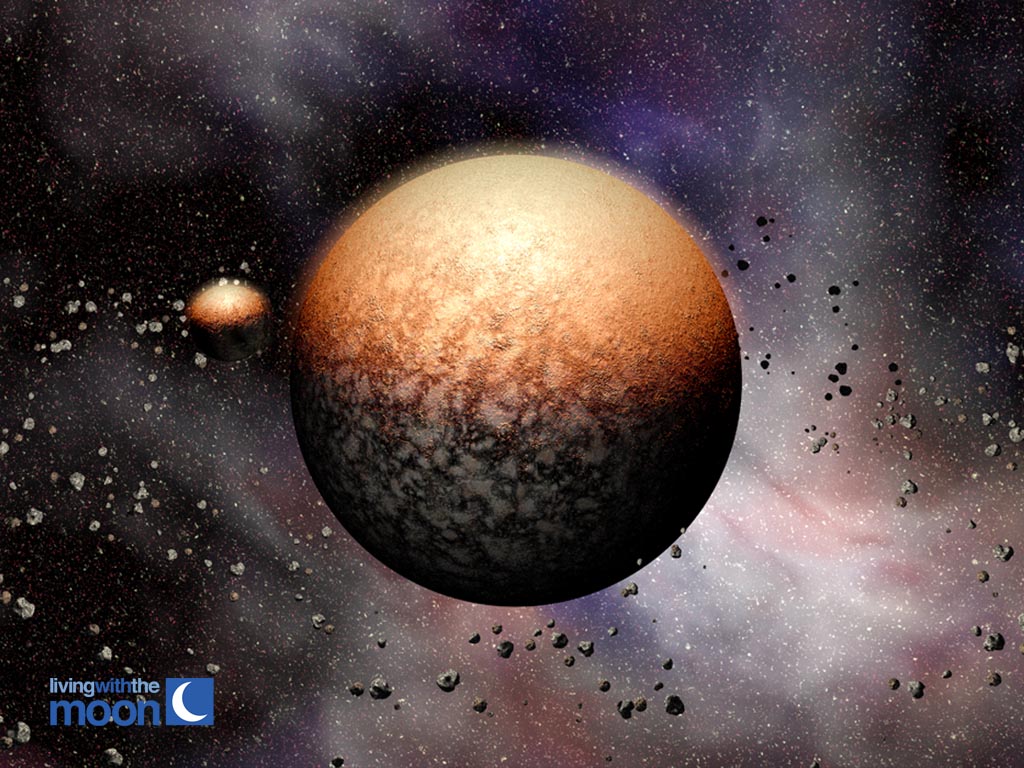