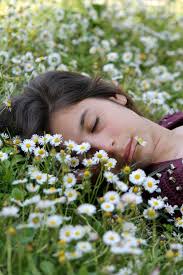 We are all different and we all have our unique body clocks. Some of us function better in the morning, others peak late at night. That in itself is no problem. It only becomes one if we are out of sync with what society tells us to do or if our partners have different sleep patterns which means waking each other up.

What happens during a normal day?

How does the body clock work?

The centre of our body clock lies deep inside our brains, in the hypothalamus to be precise. This is a small region located near the base of the brain and crucial for releasing hormones and regulating our body’s temperature. It is here that a release of hormones make us wake up and go to sleep.
In controlled experiments, where contestants were kept in a darkened room with no fluctuation in temperature, the body would make up its own rhythmic clock which follows a roughly 24 hour day. But as we live in an environment that is regulated by day and night, our body clock resets each day to stay in sync with the path of the sun and the moon.

Our eyes filter the intensity of the surrounding sunlight and tell the brain if it is day or night. Bright blue light mimics daylight and orange/yellow candlelight sends us to sleep.

What happens on a daily basis?

A gene called ‘period’ is responsible for our waking and sleeping process. Inside the nucleus copies of this gene’s protein are made and transported to the outer cell. There they swivel around and we are awake. Later in the day a second protein is produced which has the sole function to bring the first protein back into the cell again. Once the concentration of the 2nd protein has reached a certain level it shuts down the copying process of the first protein. As a consequence, we start to feel tired and both proteins break fully down.

Then we go sleep and the next morning it happens all over again. As mentioned before this copying and breaking down process keeps roughly to a 24-hour rhythm.

But nobody is the same. It all depends on the individual’s efficiency of this copying and breaking down process. This means some people need more sleep than others. Also, the timing of these ‘protein clocks’ are not the same but vary from person to person.

When it comes to optimum concentration, reaction and physical peak times, we all act as individuals. It actually does not matter when your peak performance is, as long as you keep to a steady rhythm. The problem arises when you keep on shifting your circadian rhythm (as your inner body clock is better known).

Latest scientific tests have shown that shift workers who permanently change their sleep pattern have an increased risk of developing heart disease, diabetes and even cancer.

Sometimes you can’t help these changes, for example when the clocks go forward or backward or you travel to another time-zone.

However, there are tips that you can employ to improve your health should you be forced to change your rhythm on an occasional basis.

This usually affects night owls. They go later to bed than the rest of the population, but due to work commitments, they have to rise much earlier than their body clock is ready for.
It gets worse when their partner is a normal sleeper or even an early-riser, as both spouses will naturally disrupt each other’s sleep pattern.

If this happens to you, here are some solutions:
1) Separate bedrooms
2) Ear plugs and eye masks for each person, so that sleep is not interrupted by the other person’s sleep pattern. Additionally, each person should change to a job that suits their own personal rhythm. Like free-lance work or even evening work for night owls, early shifts for early-risers.
3) Change your sleep pattern. If you are a night owl, expose yourself to a lot of daylight during the morning and stay off tablets and phones (blue light) during the evening. If you still need to work on the computer or use your tablet/phone make sure you have a ‘night mode’ option switched on.
If you are an early riser, seek more daylight during the afternoon and working on the computer in the evening won’t be a problem for you, in fact, it would keep you awake longer.

Here are some tips to combat jetlag.
If you travel east expose yourself to more sunlight in the morning that will shift your body clock to the earlier timezone.
Go west and do the opposite. If you only go on a short business trip try to stay as much as you can within your ‘own time zone’.

If you need to work shifts then try to opt for work that keeps to a similar pattern. If you work continually nights, then try to keep to that pattern and crucially do not change the habit when you are off work. If you come home and it is already daylight, wear special glasses that mimic evening light to block out the blue daylight and when you go to sleep wearing an eye mask that blocks out the blue daylight.

I hope that in the not too distant future employers will be made aware of how damaging varying shift patterns are for their workforce and once fully understood will change work arrangements to suit individuals rhythm. This would make for a more productive and happy workforce.